Because Culture Is Downstream Of The Schoolhouse

I just saw this meme, 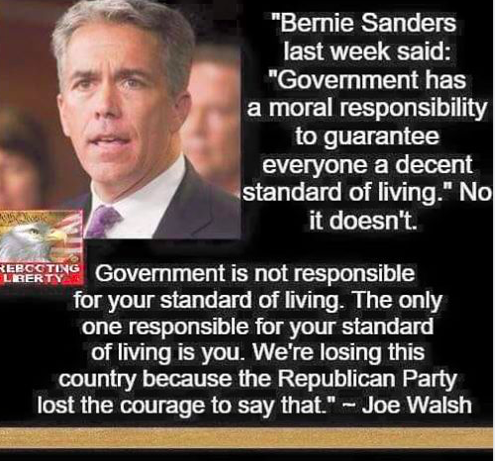 and I have to respectfully disagree with Mr. Walsh. But before I say why I think he’s wrong, let me parse the meme just a little. The only way it would be possible for a government to guarantee provision in every individual’s life is if that government became a god strong enough to intercept the consequences for every poor, disastrous, idiotic decision all of those masses of individuals were capable of making. But government is not god. It doesn’t possess anything that it doesn’t take, including power. It is also, in fact, made up of human beings who are not themselves immune from the common maladies that plague man.